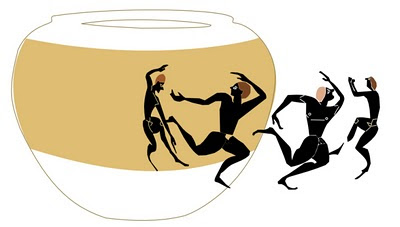 Work in progress with a Corinthian krater
from the National Archaeological Museum in Florence.
The time is high for me to get to grips with some graphics software. I'm tinkering with Inkscape: tracing photos and learning to manipulate the tools. Work produced in Illustrator and similar programs can feel too clean and smarmy, but it's a very useful and flexible method.
Posted by Christopher Todd at 6:32 pm No comments:

A second wine label for you: Brusco dei Barbi 2008. 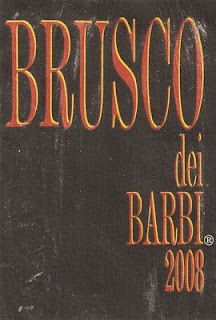 It's easy to head straight for the ones with crests, swirls and embossing, but I was more attracted to this snappy and sharp text on what was a clean black background before I scraped it off the bottle. It has a 1960s Italian look, like a book cover; and the fiery colours are almost devilish. The bottles looked great side-by-side on the shelf. To make it even better, there's a crest on the back after all. 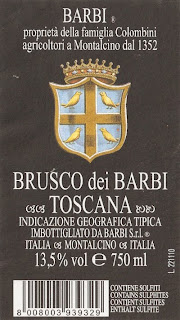 Posted by Christopher Todd at 10:09 pm No comments:

I've been thinking about places that are shaped like animals.

My starting point is Sussex, which is said to be shaped like a pig. This is reasonably clear, and the rapes (the ancient divisions unique to Sussex) look a bit like a diagram of cuts of meat. 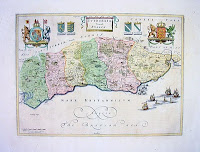 1: Suthsexia Vernacule Sussex. 1664 J. Blaeu
2: Sussex. 1720 Emanuel Bowen and John Owen in Britannia Depicta
Second comes the Flemish Lion: much more is made of this and there are numerous representations of the low countries as "Leo Belgicus": usually rampant or passant, with the head facing Germany, but occasionally the other way around, facing into France and, in this case, sejeant. 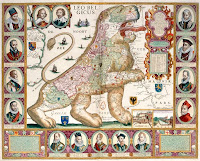 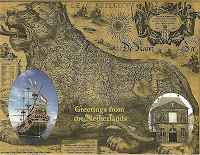 3: Nicolaes Visscher’s ‘Leo Belgicus’ map of 1650
4: 17th Century map on a postcard, showing De Waag (the weighing house) in Gouda.
Question: If the word for "pig-shaped" is porciform, what is "lion-shaped"?

There are plenty of other ideas around. Here are are a few:
South Africa: rhino head - Lesotho is the eye and Swaziland the open jaw.
Africa: rhino head - Lake Victoria is the eye.
Australia: a dog's head - the west coast is the muzzle and Tasmania a collar tag.
China: a cockerel - pecking at the Sea of Japan.
Ireland: a koala - Mayo and Kerry gripping onto a branch.

I'll leave you with the most entertaining one that I've seen recently: the USSR - as a bear chomping on Romania, here at Puffintalk's tumblr. 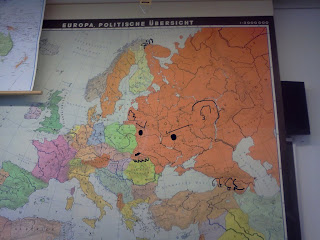 Mightily ursiform!
Oh, and the Silver Jews' "Animal Shapes", one of my favourite songs.
Posted by Christopher Todd at 6:30 pm No comments:

or The Trouble With Trills 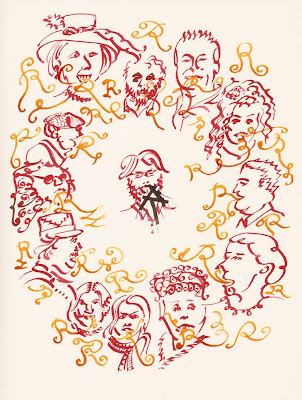 Italian works best if the speaker can roll the "r"s. As you see from this picture, mine come out stubbornly rigid, while everyone around me demonstrates their somersaulting articulation.
Posted by Christopher Todd at 11:09 pm No comments: