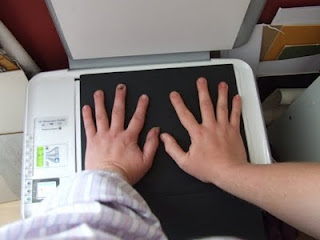 Posted by Christopher Todd at 11:32 am No comments:

Awl Over The Place

and now I've returned to my archaeology notes and Janet Spector's influential work on symbolism and narrative, "What This Awl Means". The title was inspired by the drawled introduction, "What this all means...", known to students of heavyweight archeological theorist Lewis Binford. That's the story that my tutor told. Who am I to stop a tradition of bad puns?

The awl in question was found at Little Rapids, Minnesota. The centrepiece of Spector's book is her experiment in bringing an empathetic approach to the interpretation of an artifact. Here are some extracts from the story.

"Ha-za win (Blueberry Woman) and Mazomani were proud of their daughter, Mazo okiye win (One who talks to Iron). One day after visiting Faribault, they bought her a new iron awl tip and some glass beads. Even though she was still young (unmarried), she had already established a reputation among the people at Inyan cetake atonwan for hard work, creativity, and excellence through her skills in quill and bead work.
Her mothers and grandmothers taught her to keep careful record of her accomplishments, so whenever she finished quilling or beading a skin bag or pair of moccasins, she remembered to impress a small dot on the fine antler awl handle Ha-za win had made for her when she first went to dwell alone. When Mazo okiye win completed more laborious work like sewing and decorating buckskin dresses or leggings, she created diamond-shaped clusters of four small dots, one to the north, one south, one east, and one west, a pattern she designed to represent the powers of the four directions which guided her life in so many ways. [...] When she engraved the dots into her awl she carefully marked each with pigment she made [...]. Red, she knew, was a color associated with women and their life forces [...] it represented the east where the sun rose giving all knowledge, wisdom, and understanding."

Posted by Christopher Todd at 3:24 pm No comments: